For the last few years I’ve been using NP1 batteries (mainly the shorter NP35 format), which seem to have become a standard for most location sound recordists.

However, there are other 14.4V Li-Ion batteries available.  Another type, which I feel may become a new standard are the “2054” format batteries.  They come in 2 sizes, one around the same as an NP1 but packing in up to 98Whr of energy (pretty much the maximum allowable on flights without limitations being imposed) and a half length one at 48-49Whr.  This is compared to a maximum of 84Whr in an NP1 (DSM’s Ultimate NPLU84) and 35Whr in the half length (Hawk-Woods NP35). 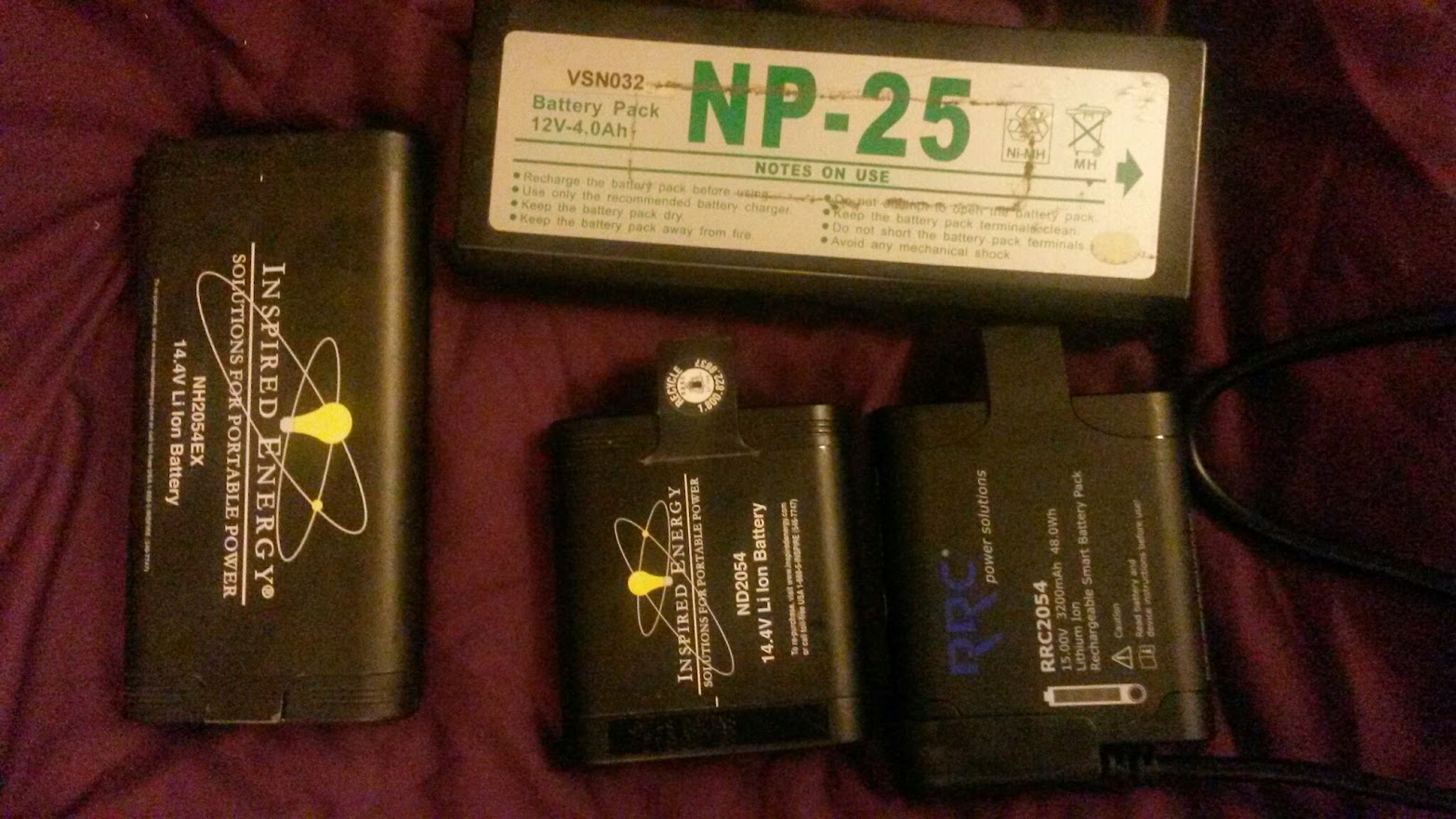 Both Sonosax and Aaton have recently announced recorders (SX-R4+ and Cantar X3) which use this battery format and Audioroot have been producing both these batteries and the distribution systems for them for a while now.

Also there aren’t really that many sound recordists, we’re not a huge market.  These batteries are used in industrial and medical equipment.  There are two companies who make them (that I know of): Inspired Energy (USA) and RRC (Germany).  I’ve been informed that Audioroot batteries are supplied by Inspired Energy, but programmed with custom firmware in order to communicate with their distribution systems and chargers. RRC only make the smaller format batteries, there’s also a difference in power gauges- RRC have LEDs which light up in sequence when you press a button, while Inspired Energy have an LCD display on the end which always stays on.

I did say communicate then- these batteries have a system called SMBus, which is a standard system which communicates charge info, battery health, temperature etc to either the charger or the equipment it’s plugged into.  This can allow accurate info on how long the battery will last given the load it’s under, not just a voltage.  This means they require extra contacts for data info (so pins 2 and 3 on a hirose connector will be used).  Check your cables first as some may be made connecting pins 1&2 and 3&4, which may damage components on the other end is they’re given 16 or so volts.